Support our crowdfunder and help us build a progressive podcast network that challenges corporate media.

Help us reach our goal of $3,000 in monthly contributions by October 31st.

Access to network-exclusive shows created by the Harbinger team

Membership stickers and other swag

Limited edition tote bag (may or may not include the bird logo!)

Our never-ending thanks. Oh and you decide a show topic + which network guests appear!

Well-funded outfits like the CBC offer Canadian perspectives to a certain degree, but the Toronto-based media establishment doesn't challenge the status-quo.

More than 20% of Canadian podcast listeners are tuning in to at least one episode of the Joe Rogan Experience in any given month. Why are one in five Canadians listening to a rambling and often radically right-wing podcast?

More likely than not, you'll find shows like Ben Shapiro, the Rebel and other right-wing shows. In a world where progressive ideas are so popular, these shows shouldn't be doing so well.

But these groups have vast networks behind them, funded by corporate ad dollars that will never challenge the status quo.

If we want to push for bold, progressive ideas and create media that challenges the status quo, we won't find it with the CBC. We have to build our own network, one that can work together and go head-to-head with them, by empowering a new generation of leftist media creators.

This is why we're launching the Harbinger Media Network.

The reason many established shows like CBC and Canadaland do so well is because they have a massive network of listeners who help their shows grow. A single leftist show by itself will struggle to reach that scale. But by working together, creating a shared network that amplifies each other's work, we can collectively grow and reach more people.

We have something these networks don't - solidarity. We aren't trying to wring every dollar from our listeners. Our vision for Harbinger is that it's a space where leftists shows can collectively work together, sharing ideas, resources, and helping each other build media platforms that thrive.

We also plan to create shows exclusive to the network. Our podcast members already have some exciting ideas we can't wait to share with you. With our combined expertise and ideas, there's no limit to what we can create.

We're confident we can create a network that challenges mainstream corporate media. But to bring our vision to life, we need your support.

What We'll Do With Your Contribution

We've crunched the numbers and consulted with our team to figure out how to use your donations as wisely as possible.

Since we're a nonprofit, we don't have to worry about massive executive salaries, or making a profit. All money will be reinvested in the network, paying people fair wages and compensating them for their time.

We're aiming to hit $3,000 in monthly revenue with our crowdfunder by October 2nd. We realize it's a big ask, but to challenge corporate media and kick Ben Shapiro off those charts, we need to think big.

We want to be as transparent as possible. Along with our amazing board of directors who will help oversee spending, we want to lay out exactly how we'll spend your donations:

But to challenge right-wing and corporate media, we can't just do podcasts. We need to be present on every type of media

And we plan on massively growing the network by bringing on shows outside Canada to create a truly international network.

You might be thinking this is an aggressive plan. You're right. But we cannot afford to think small with the world careening out of control. We have to shoot big. And we're confident we can do it with your help. 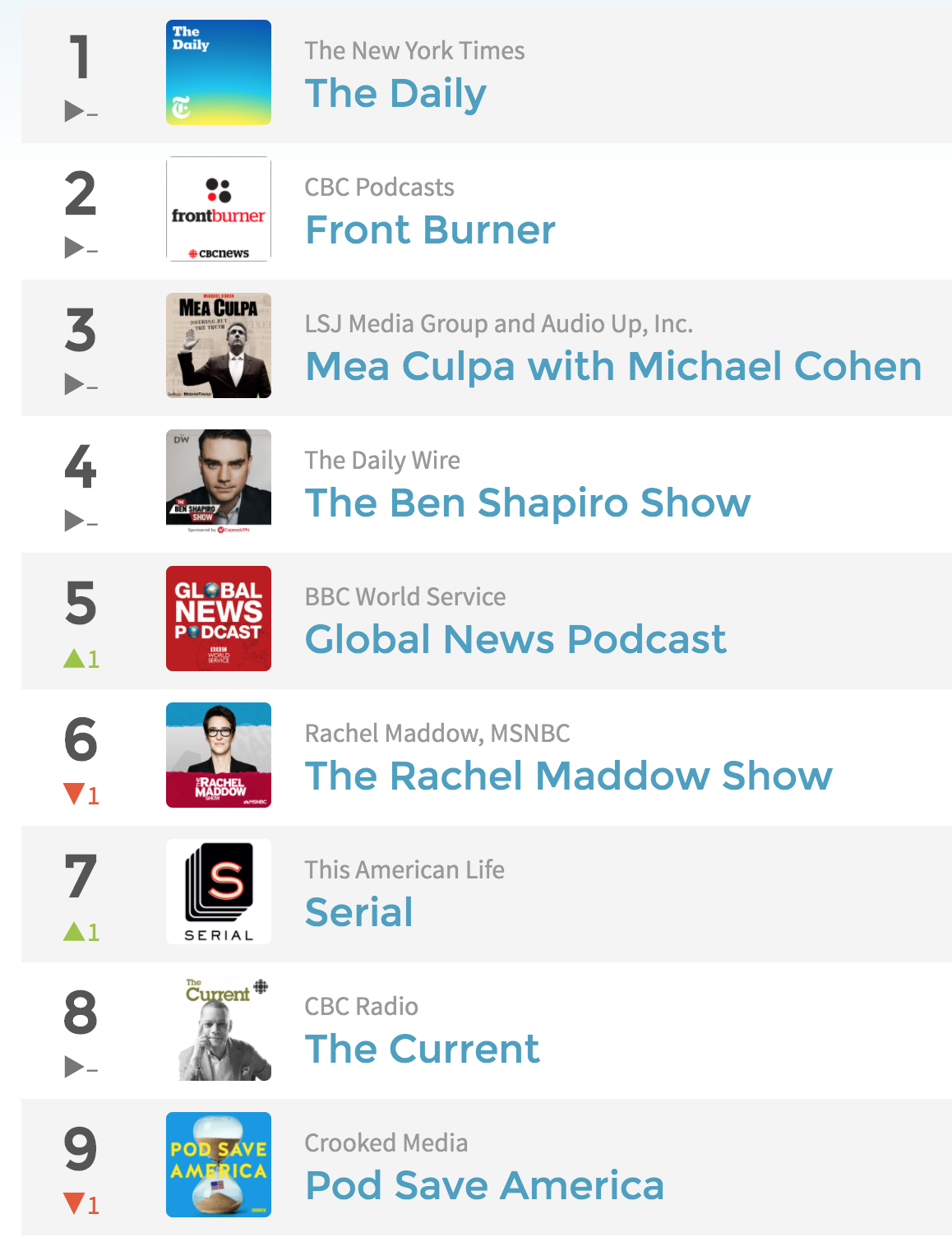 We've lined up 20+ of the most widely listened-to left podcast shows in Canada. Stay tuned for the announcement of new ones over the next two weeks. 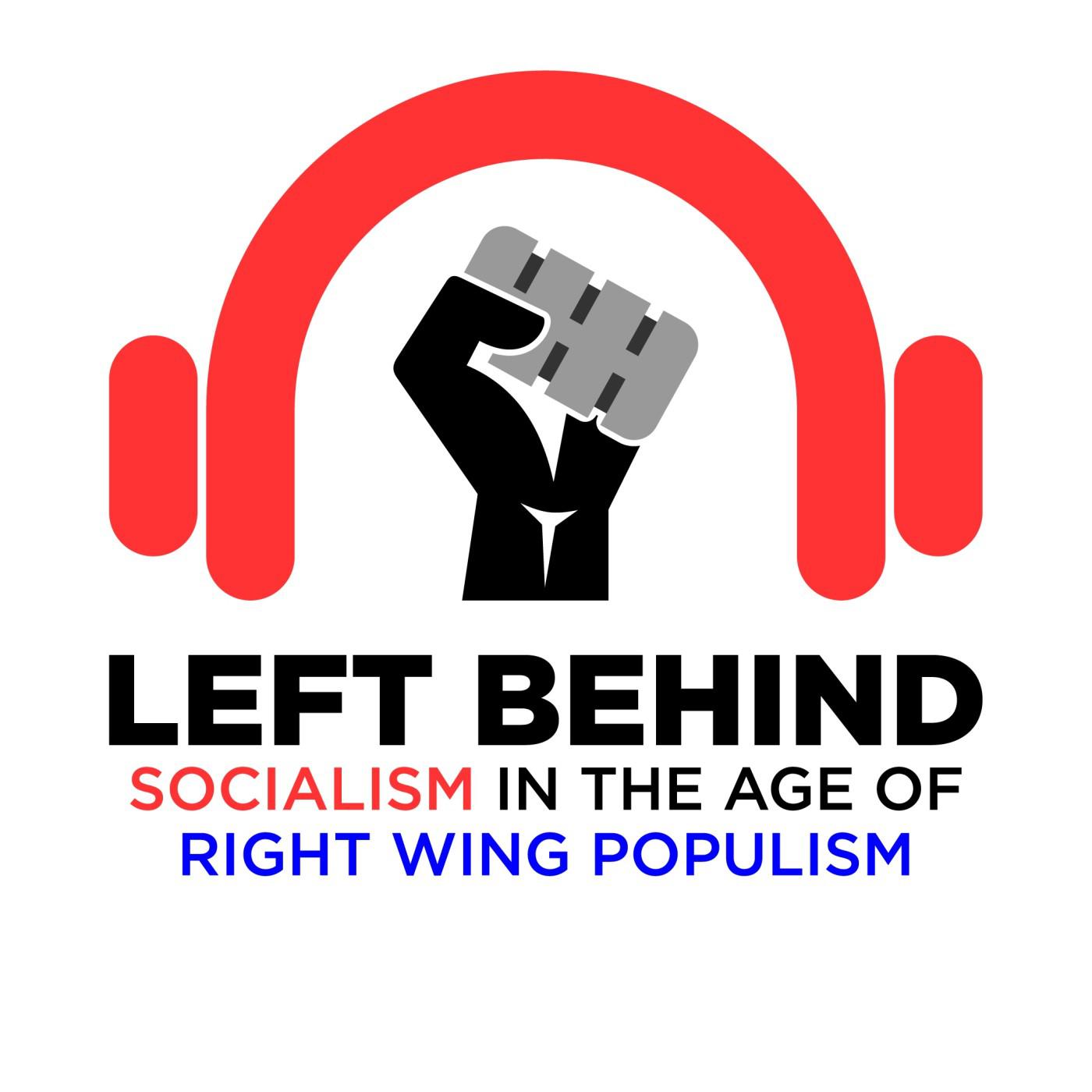 Broadcasting from Vancouver Island, host Chris Markevich presents LEFT BEHIND, a weekly series of interviews articulating a vision of what a socialist society could look like in an age of right-wing populism. 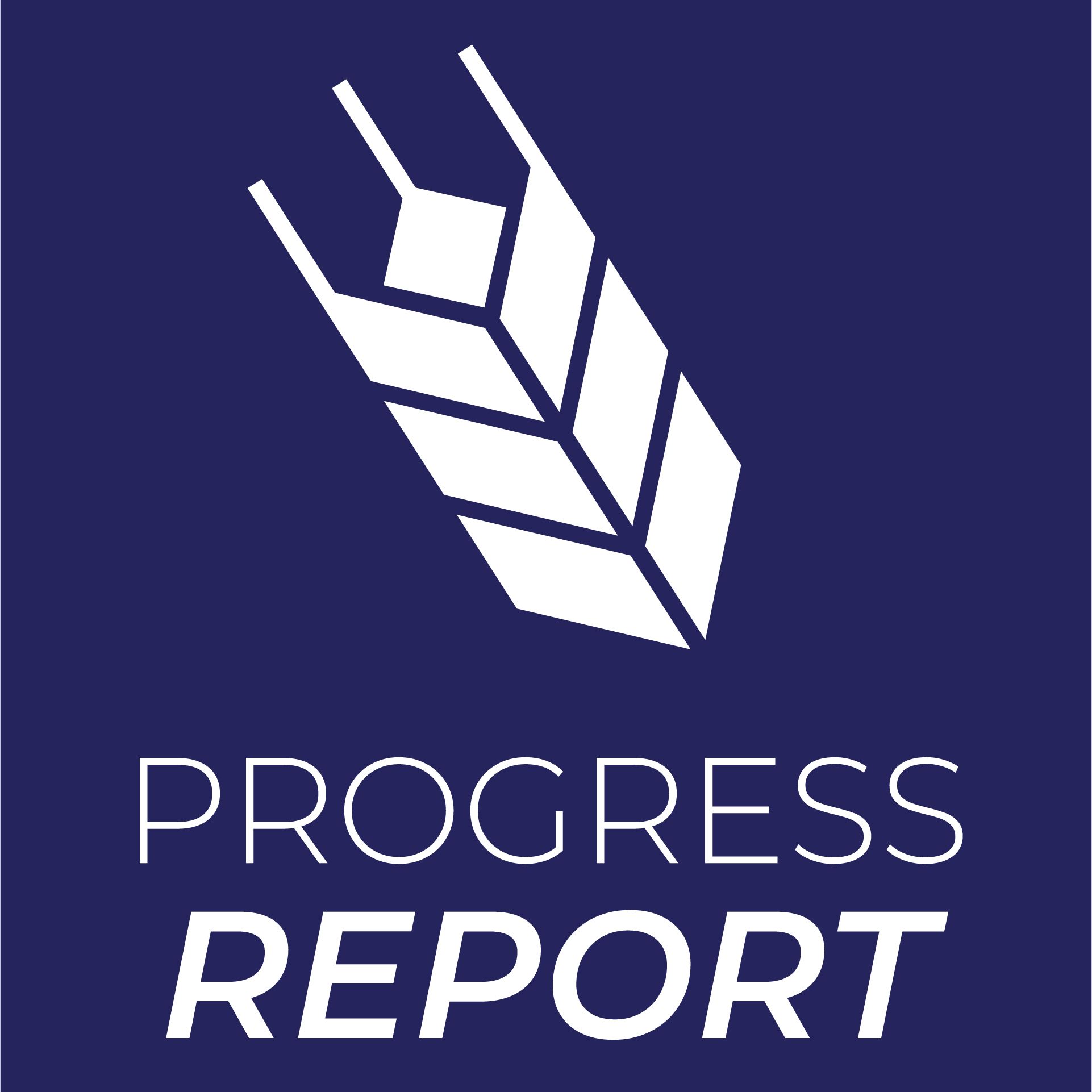 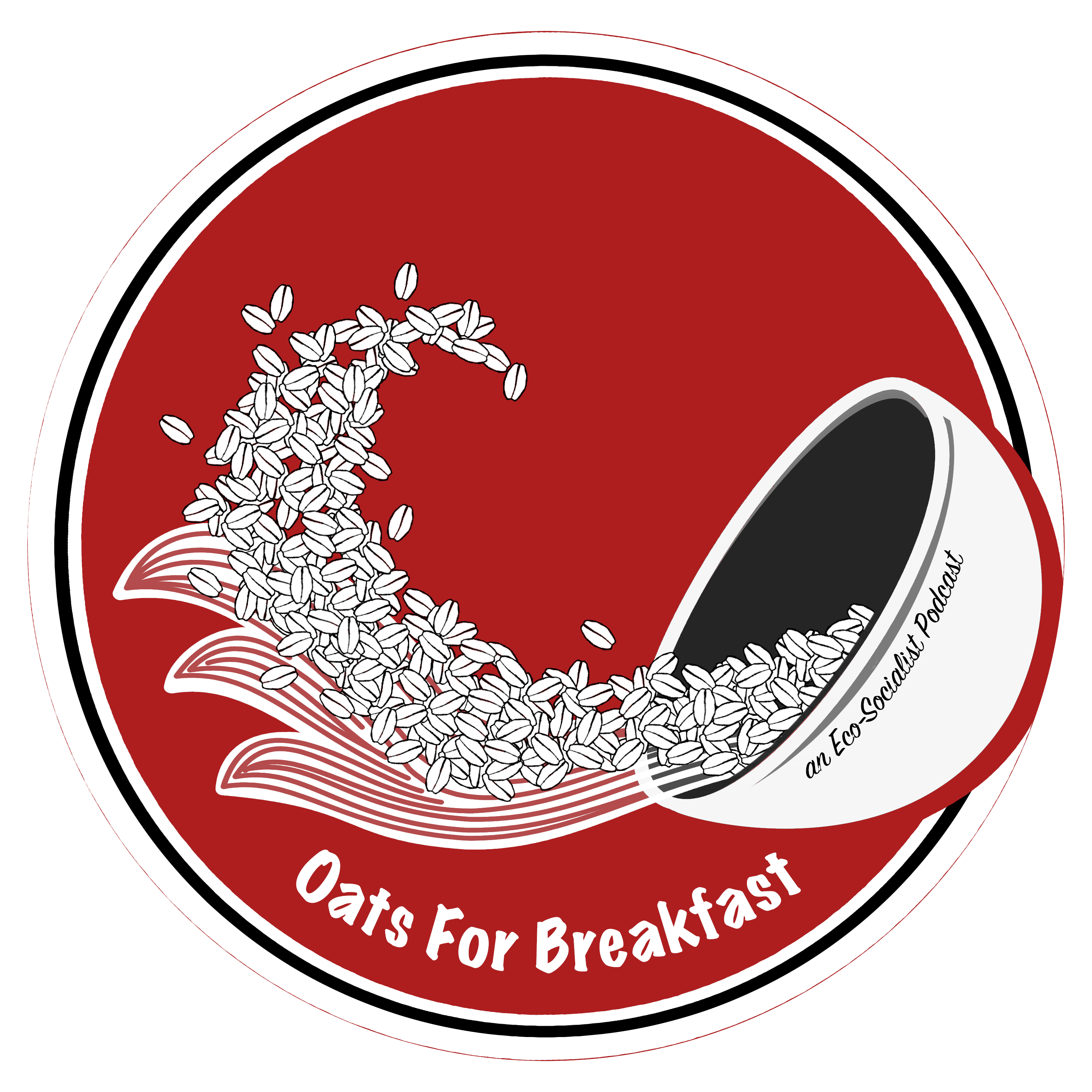 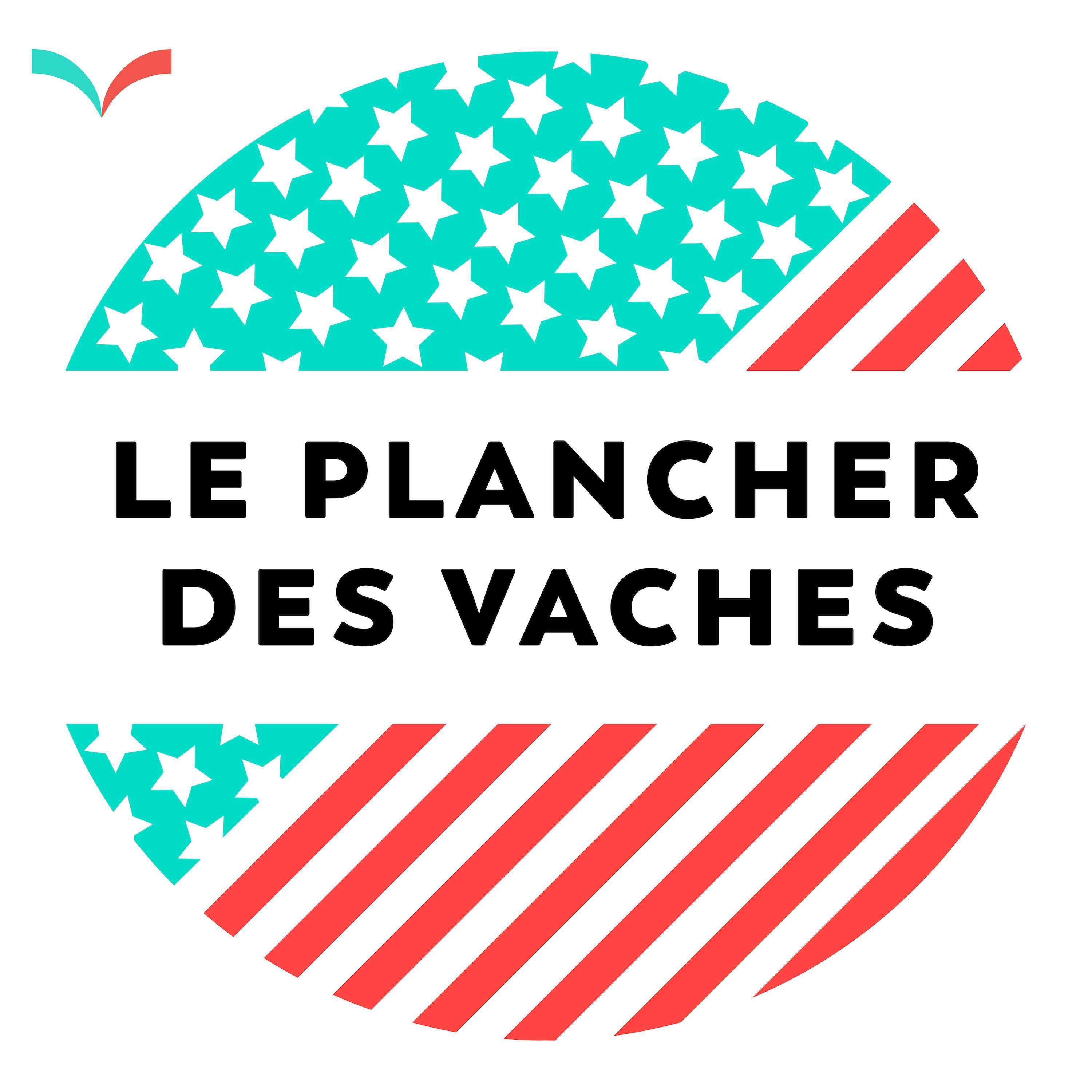 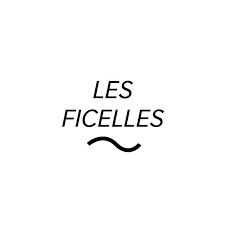 In collaboration with Ricochet Media, Montreal’s enormously popular ‘Les Ficelles’ podcast joins HMN for it’s 3rd season as Amelie, Robin and Solene cast a critical eye on society and politics as they explore the unique world of Quebec pop culture through a feminist lens. 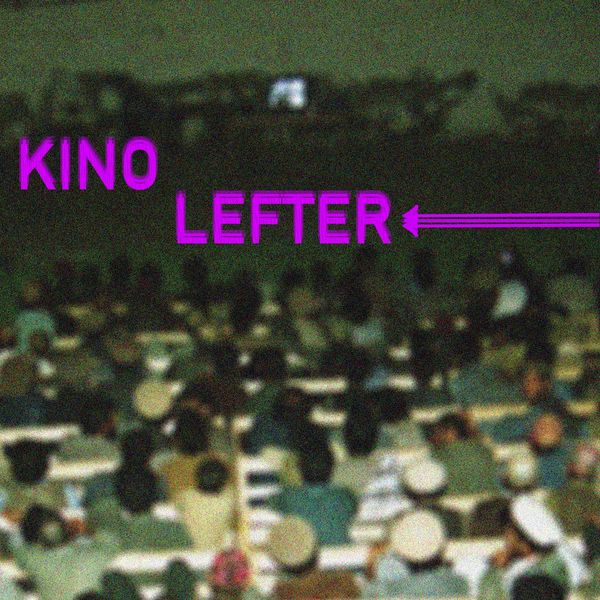 New releases, throwbacks, TV and more get covered on KINO LEFTER, a socialist podcast about movies and culture from Edmonton’s Evan MacDonald. 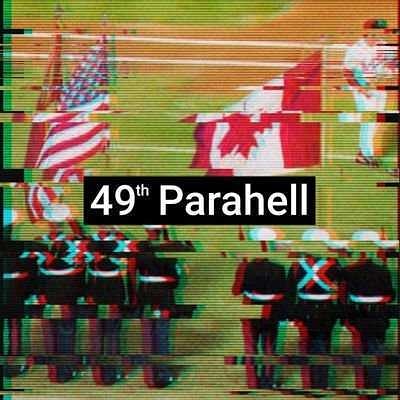 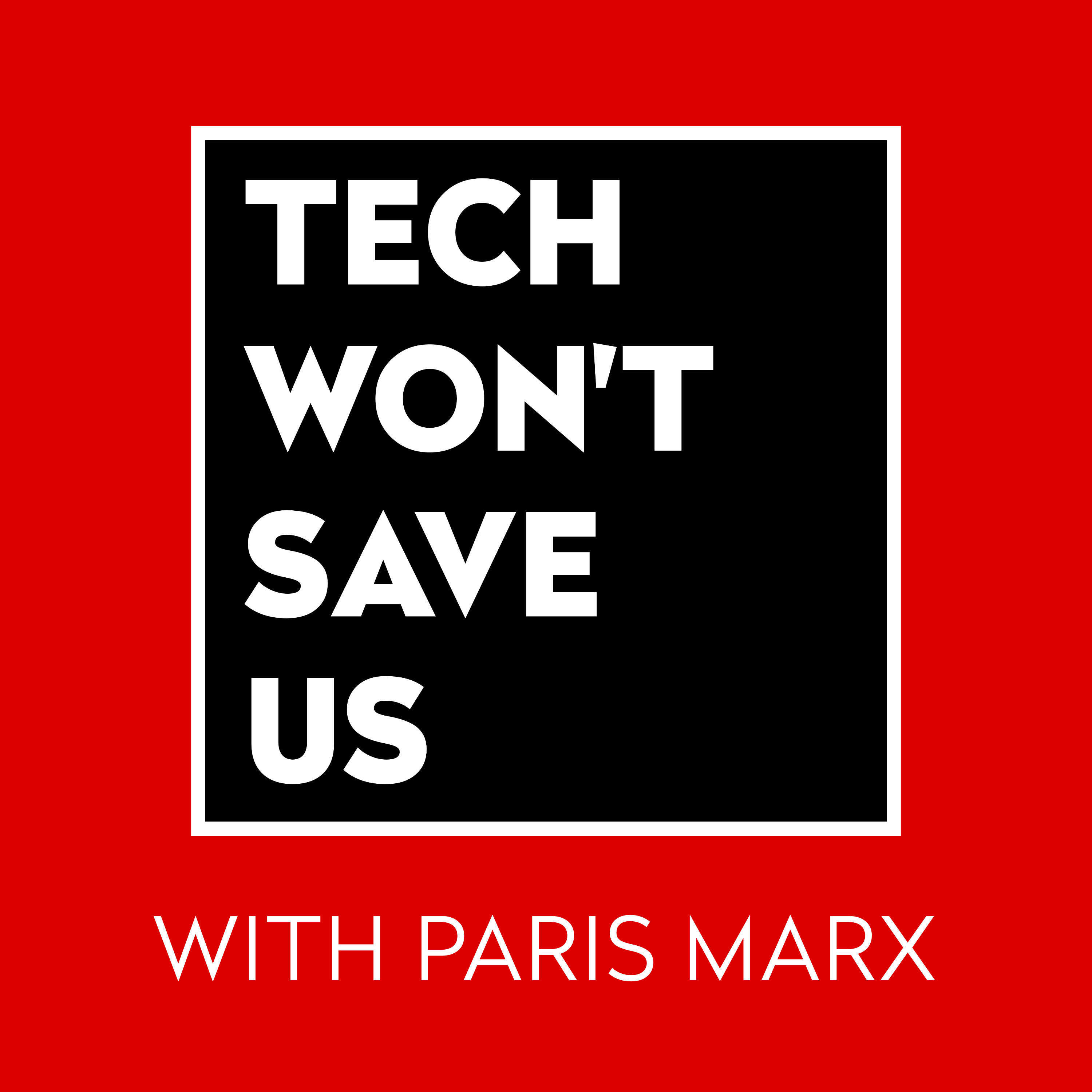 Tech Won't Save Us

Radical urbanist, Jacobin contributor and Newfoundlander Paris Marx hosts the weekly podcast Tech Won't Save Us, offers a critical perspective on tech, its worldview, and wider society with the goal of inspiring people to demand better tech and a better world.

On the world’s only anti-free speech podcast, Big Shiny Takes hosts Eric, Jeremy and Marino punish the pundits and dismantle the sorry state of Canadian media in a bi-weekly conference call between Medicine Hat and the GTA. 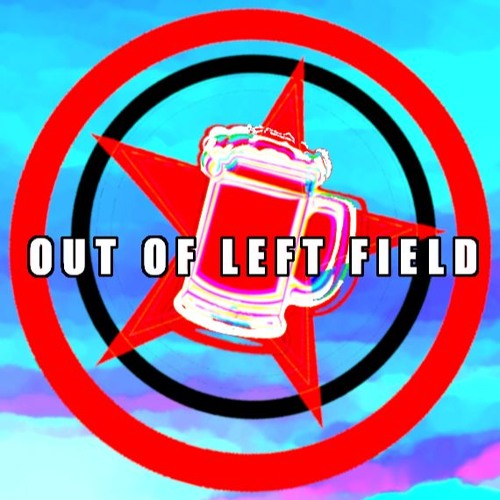 Out of Left Field

Broadcasting from the Gulag Archipelago of Victoria, British Columbia a prosecco prole (Ben), a Crown Royal commie (Anthon), and a Colt 45 commissar (Mackenzie) team up to take on the world of socialist politics through a prism of camaraderie and alcohol every two weeks on Out of Left Field. 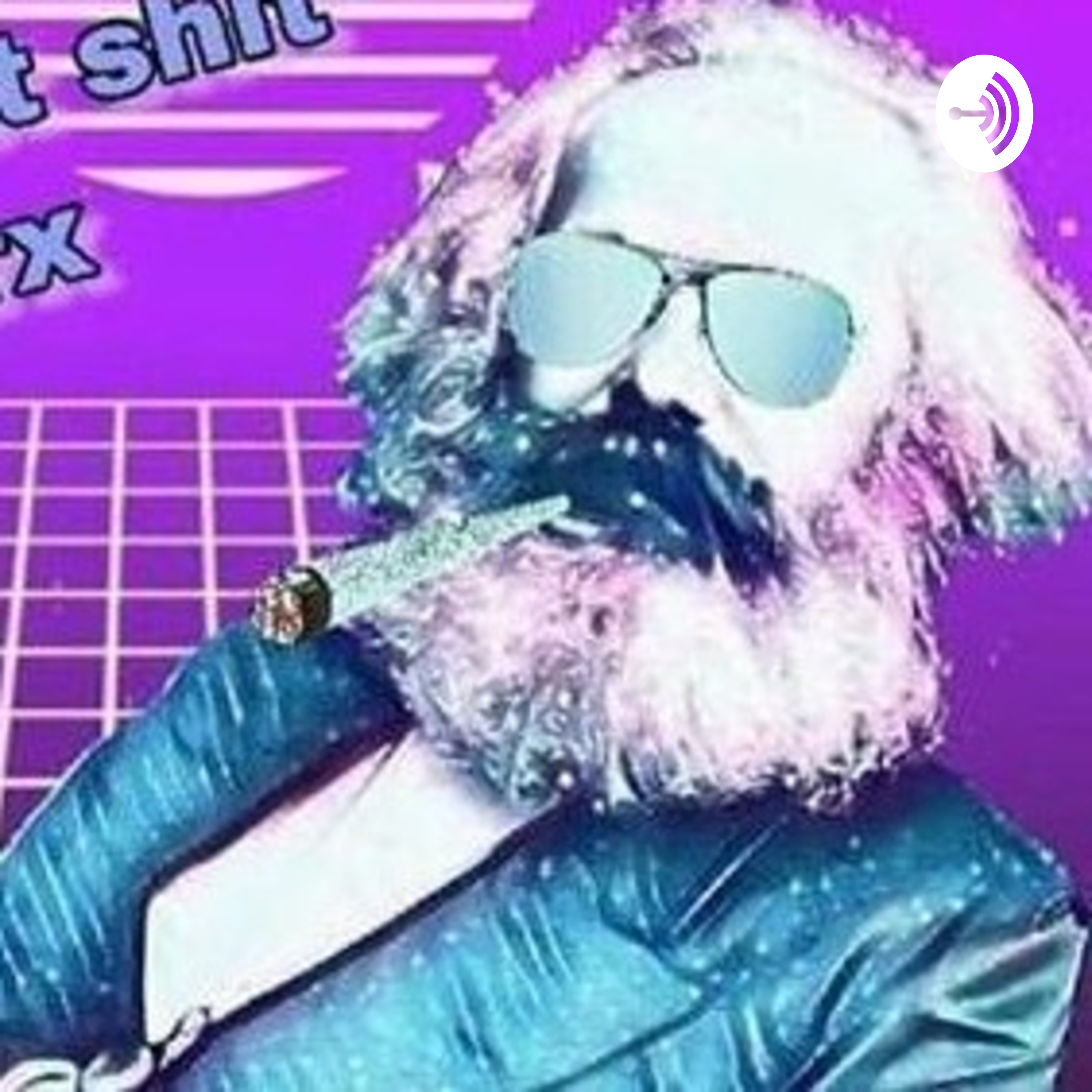 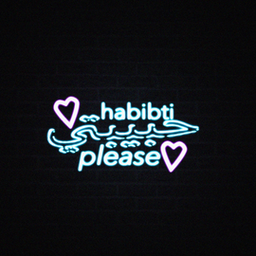 Grab a cup of mint tea and join Mississauga's Nashwa Lina Khan and friends as they explore issues in politics, pop culture and beyond with special guests on Habibti Please

Join Vancouver comedian Charlie Demers (author of Property Values, The Horrors and Vancouver Special) as he engages with fiction and non-fiction books of interest to the left. 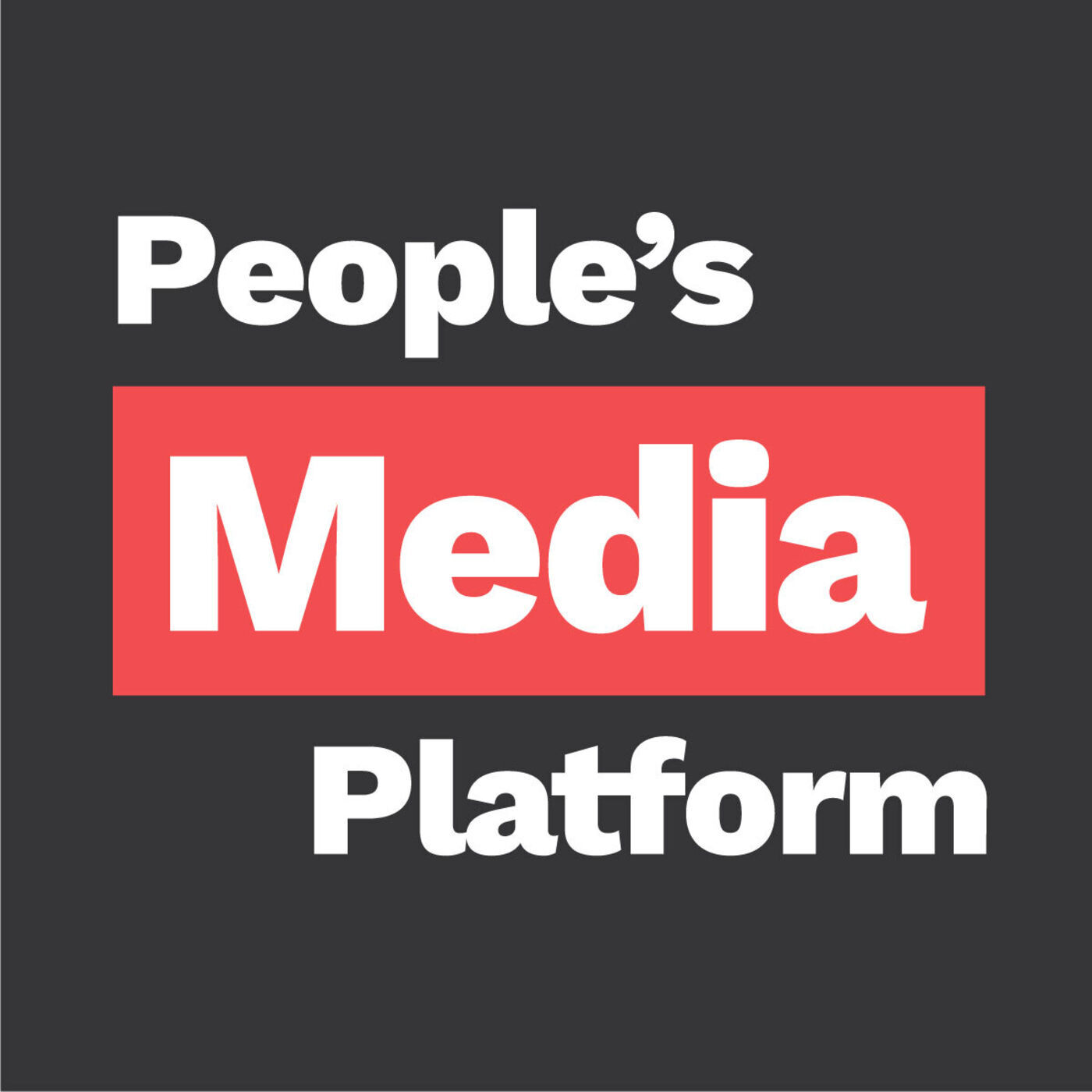 On every episode of People's Media Platform, Geoff Sharpe interviews leading progressive media publishers, podcasters, YouTubers and Twitch streamers and hears about their challenges and successes and explores how leftist media is challenging the status-quo.

Stay tuned for more shows announced over the next few weeks

Our Board of Directors

We've assembled a team to help shape the network and help our team hit the aggressive goals we've set. We'll be announcing them shortly. 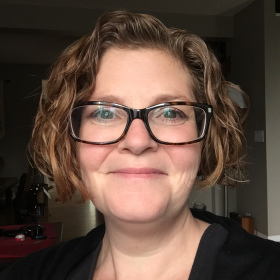 Historian Dr. Roberta Lexier teaches at Calgary's Mount Royal University with a focus on social movements, left politics, and social change. Her research explores student movements in English Canada and the intersections between social movements and the NDP. She appears regularly on The Alberta Advantage and other podcasts. Find out more about Dr. Lexier work at robertalexier.com 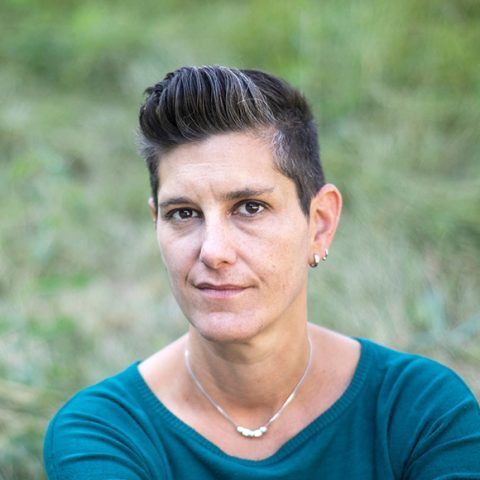 Political scientist Dr. Jessica Green teaches at the University of Toronto with a focus on climate governance, non-state actors and transnational regulation. Dr. Green is a Jacobin contributor and blogs regularly for The Washington Post. 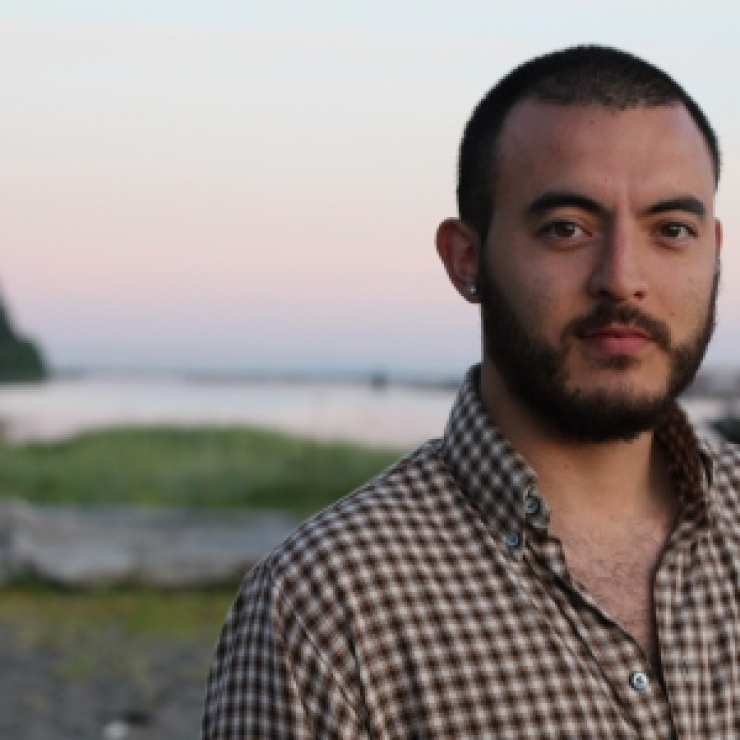 Kai Nagata is the Energy and Democracy Director at Dogwood, an environmental advocacy organization based in Victoria, BC. A former TV journalist with CTV and the CBC, Nagata's writing has appeared in the Toronto Star, the Tyee, DeSmog Canada, the Vancouver Sun and elsewhere. Visit Dogwood for more information on Kai's work

Should I continue supporting individual podcasts in addition to supporting Harbinger?

When does the network launch?

We're aiming for November for the full rollout. It's a quick turnaround but we're already working hard to get ready for launch

Who is running the network?

The network will be run by Andre Goulet who will manage the day-to-day operations but is run by all the shows that are a part of it.

Can I donate monthly?

Yes, you can donate monthly or yearly. We emphasize yearly because it ensures we have the resources we need early to agressive start creating new shows.

Can I pay in CAD?

Just like Patreon or Substack, we are only accepting USD (at the moment). This is the easiest way for our payment platform and more importantly, ensures consistency as we expand internationally.

I saw a logo for Passage. How are they involved?

The good folks at Passage are donating their time to help with the crowdfunder, building this landing page, as well as initial financial support (stay tuned for that!). We're excited to have them on as a founding partner and look forward to partnering with them on new shows and help build the broader left media ecosystem.

Will you be running ads?

Nope, we won't be accepting any corporate advertisements.

I'm a show that wants to join the network. How do I do this?

We are always looking for new shows. Please email hello@harbingermedianetwork.com to enquire about being a part of the network.

I'm not ready to donate, is there a way to stay updated?