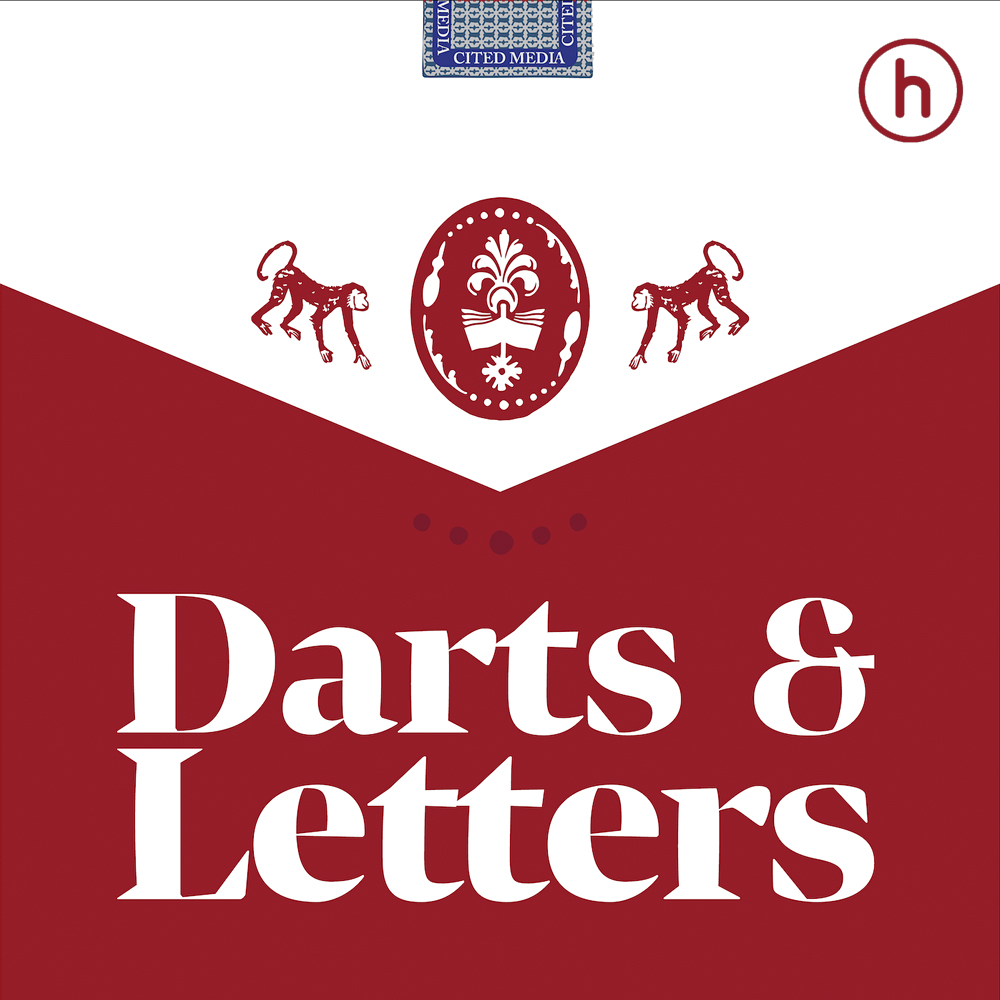 Darts and Letters is a left newsmagazine about ‘arts and letters,’ but for the kind of people who might hack a dart. We cover public intellectualism and the politics of academia from a populist perspective. Put simply: we love ideas, but hate snob culture.

Gordon Katic is host, editor, and executive producer of Darts and Letters. He is an award-winning radio producer and journalist with an extensive background in health, education, and science reporting. Katic is also director and co-founder of Cited Media Productions, which has produced Cited Podcast, Crackdown, and other podcasts. When he’s not doing audio stuff, he’s working on a PhD at the University of Toronto in Social Justice Education. Previously, he earned a Masters in Journalism from the University of British Columbia.

Marc is the managing producer of Darts and Letters. He has worked in radio and podcasting for over a decade and a half, producing shows like CBC’s The Current and As It Happens. He plays accordion badly, but with heart.

David Moscrop is a research assistant with Darts and Letters, a contributing columnist for the Washington Post, and the author of Too Dumb for Democracy? Why We Make Bad Political Decisions and How We Can Make Better Ones. He is also the host of Open To Debate, a current affairs podcast.

Jay is the lead producer and backup host of Darts and Letters. Before he moved to Canada he worked as a director, producer and engineer at the BBC in the UK, where he is from. Jay fancies himself a writer and has a book on podcast production coming out soon, but really he just wants to write poorly researched science fiction novels.⁠⁠

Make a contribution to support Harbinger and get access to premium episodes.
Become a member

Get email updates from Harbinger